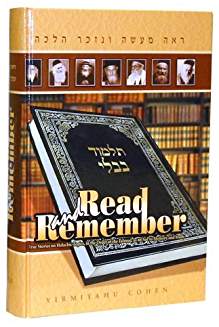 After the first men walked on the moon in 1969, Rabbi Shlomo Zalman Auerbach commented that now we understand the true meaning of this Mishnah. The Bartenura’s explanation does not fit well into the words. The Mishnah is apparently contrasting the first and third days with the second and fourth day, yet according to the Bartenura there is really no difference; it is just a change of the case. Just as the rakia and the luminaries are not tamei, so too the earth and the trees in their natural state are not tamei; it is only the containers made from them that are tamei.

But now that men have gone to the moon and brought back moon dust, we can understand the Mishnah quite simply. This moon dust, if made into a container similar to earthenware, would not be tamei. This is the difference between earth dust, created on the first day, and moon dust, created on the fourth day. This is what the Mishnah originally meant when it was given at Sinai. It was only in the course of the generations that the meaning was forgotten, and scholars learning the Mishnah could not imagine bringing dust down from the moon, hence the Bartenura’s explanation.

[It would seem that the same applies to a container made of dust from a meteorite that landed on earth, a case that was relevant before man reached the moon.]

Rabbi Menachem Kasher quotes the above explanation in his sefer about the moon, and disagrees. After all, the Mishnah also says that what was created on the second day is not tamei. The rakia, which he understands to mean the atmosphere, cannot be made into a container.

[However, we do not really know what the rakia is, since the Torah describes it as a barrier between the waters above and the waters below.]

Source: Ha’adam Al Hayareiach, pp. 65-72. (Rabbi Kasher quotes the other writer anonymously, but Rabbi Moshe Zoberman, in a shiur on Taanis 9b, said it was R’ Shlomo Zalman who held this position.)